August 13, 2018 – This was the day my luck changed. By this time my hive was three deep (the bottom three boxes being full of bees and frames mostly full of honeycomb) and I was reluctant to pull the plug and let them die slowly. Having been queenless for two months, I convinced my beautiful wife that it wasn’t time to give up, but instead find a way to make the hive queenright. 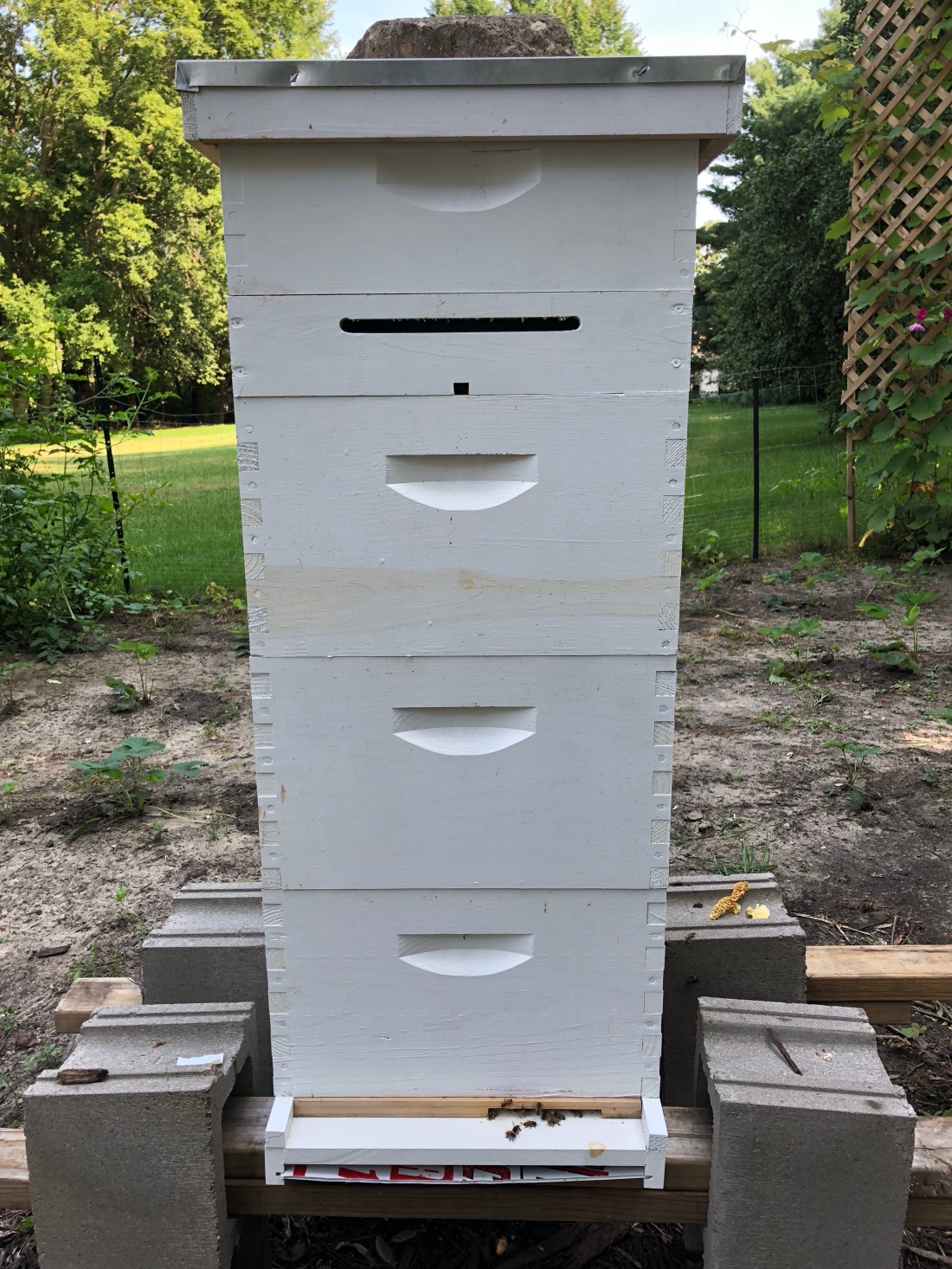 Before I dug into my options for finding a queen, I took one more look inside my hive to see if I was missing something.

Unfortunately, I saw capped drone brood (baby male bees). This would normally be a good thing, but in my circumstance, with no other signs of a queen, this pointed to potentially a huge issue; a laying worker.

What this means is one of the female workers decided they were tired of waiting and were going to start laying eggs of their own. The problem is laying workers can only produce drones because they have never mated, so they would continue to lay nearly worthless male bees. The other problem is that laying workers send off queen-like pheromones, which usually leads to them rejecting a new queen when she is introduced. But more on that later.

I had a issue, but wanted to explore my options on how to keep the hive going. I saw that the same guy who gave me the two frames of eggs was selling nucs, so I asked to see if they were still available. He offered an entire nuc of four frames and a queen that was mated and laying for an excellent price to help me out. His only advice was to NOT take the queen out to introduce her to the main hive, in fear she would be rejected and killed. To show you what this is like, I introduce exhibit A.

So, I obviously didn’t want to kill a new queen, especially after being queenless and having no way of making my own queen. I researched the night before I was picking up the nuc and even asked Bill (the bee guy) again when I was picking them up. He had another new idea, so I had a lot to think over before making any decision.

Did you know? While most honeybees will sting to kill their trespassers, Some Japanese bees will ball up and roast their enemies. Start at the 24 second spot of this video to see what I mean.

View all posts by Tracy Pluim